UART bidirectional communication requires a minimum of two pins: RX, TX The frame are comprised of:

The below Figure shows the UART character frame

UARTx can operate with or without using the Fractional Divider. The baud rate divisor is a 22-bit number consisting the UARTxIBRD(16-bit integer) and the UARTxFBRD(6-bit fractional). This is used by the baud rate generator to determine the bit period. 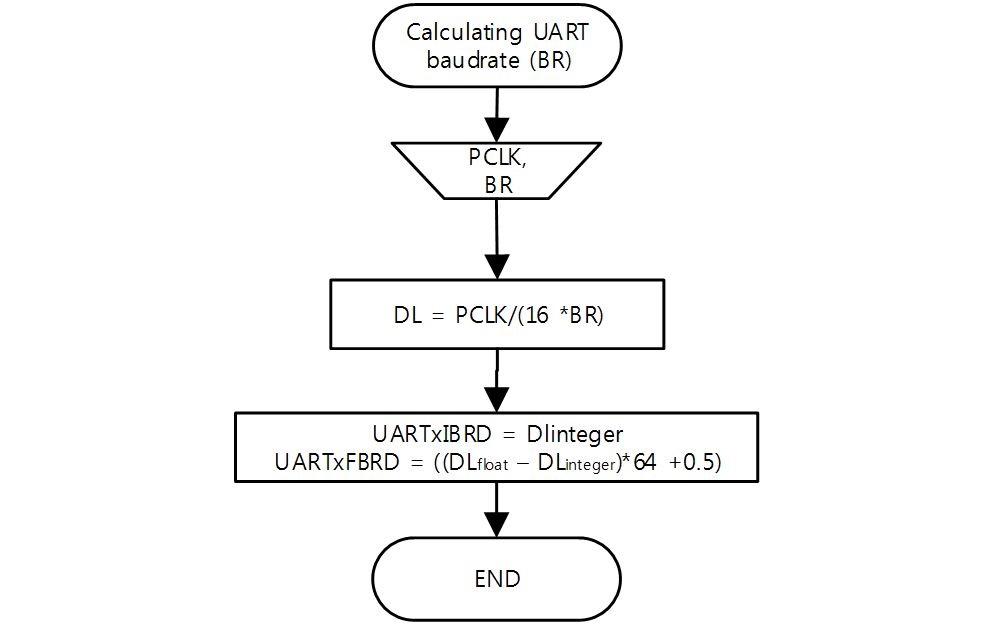 The below Figure shows how to set the UART Initial value. 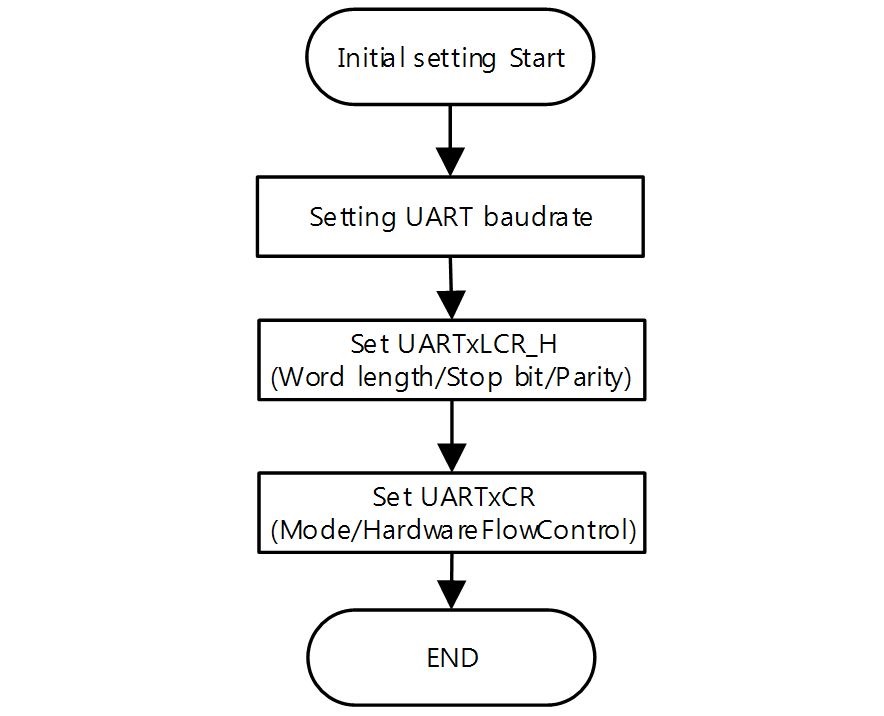 The below figure shows Transmit and Receive data flow chart. 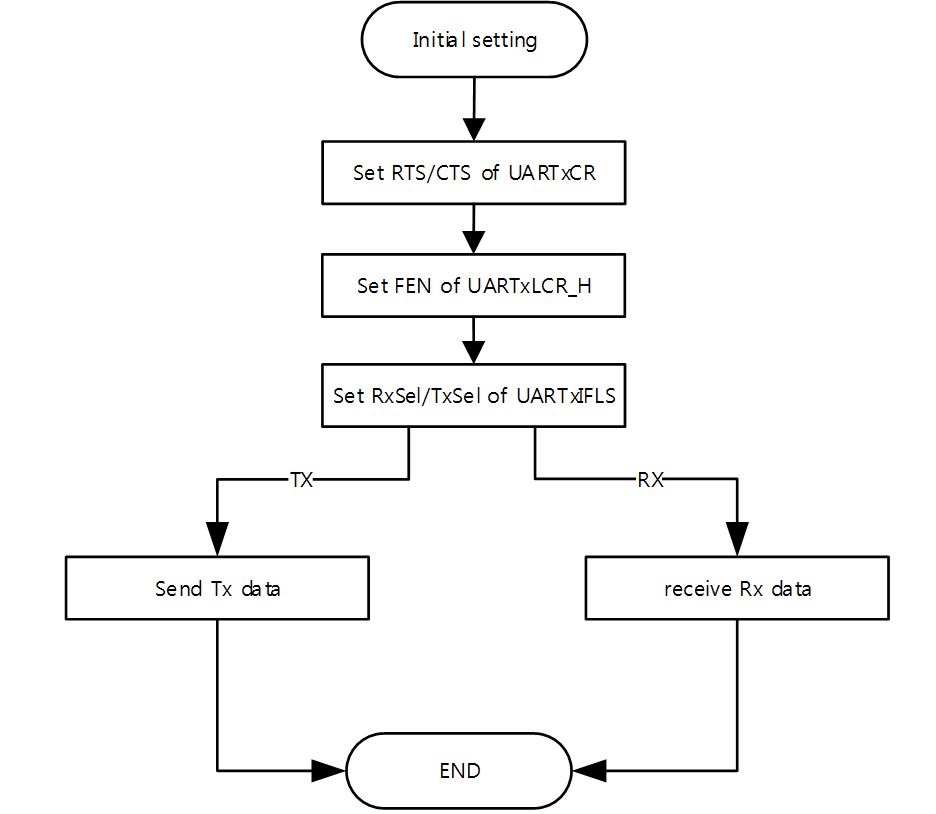 The RTS flow control is enabled by setting the RTSen of UARTxCR. If RTS is enabled, the data flow is controlled as follows. When the receiver FIFO level reaches the programmed trigger level, nUARTRTS(pin) is asserted(to a low value). nUARTRTS is reasserted(to a low level) once the receiver FIFO has reached the previous trigger level. The reasserted of nUARTRTS signals to the sending UART to continue transmitting data.

The CTS flow control is enabled, the transmitter can only transmit data when nUARTCTS is asserted. When nUARTCTR is re-asserted(to a low) the transmitter sends the next byte. To stop the transmitter from sending the following byte, nUARTCTS must be released before the middle of the last stop bit that is currently being sent.

The below Figure shows how software should use the RTS/CTR. 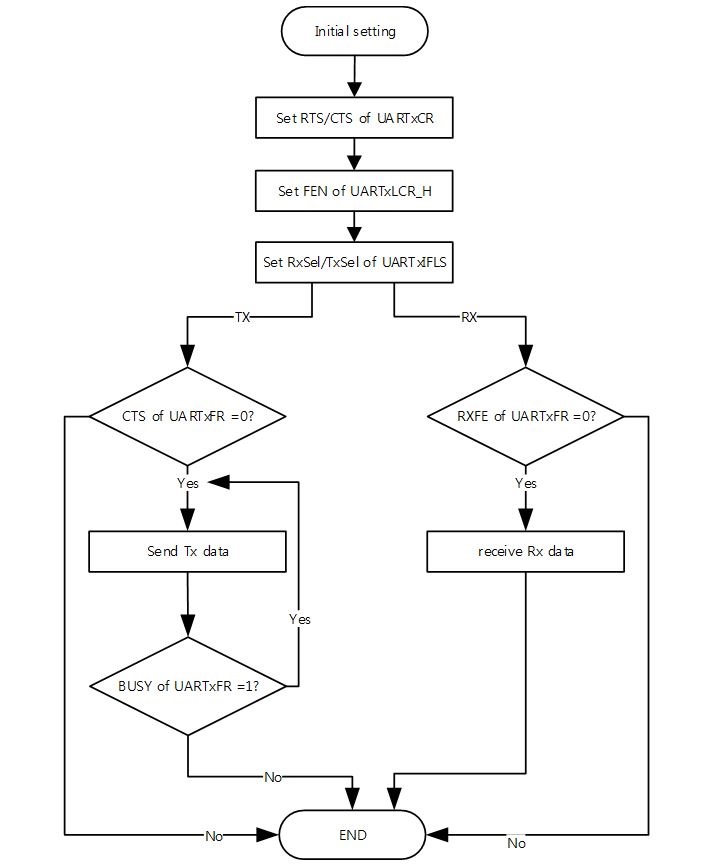